Skip to content
So, the Ire- in Ireland is from the ancient name (for Ireland) Eire. The story of this is awesome. Stay tuned. 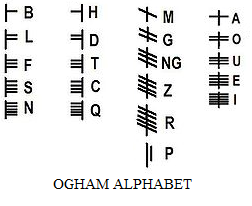